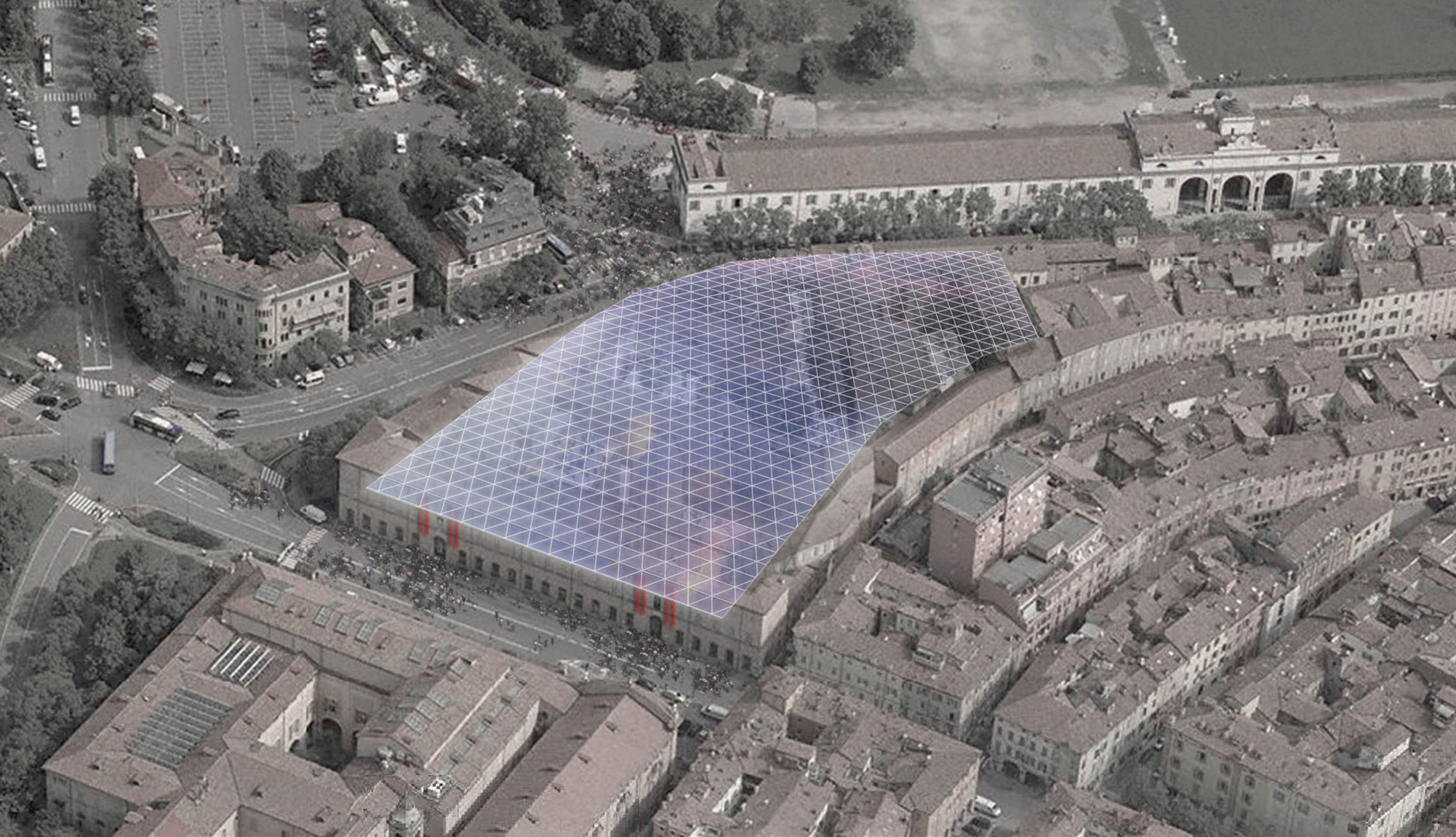 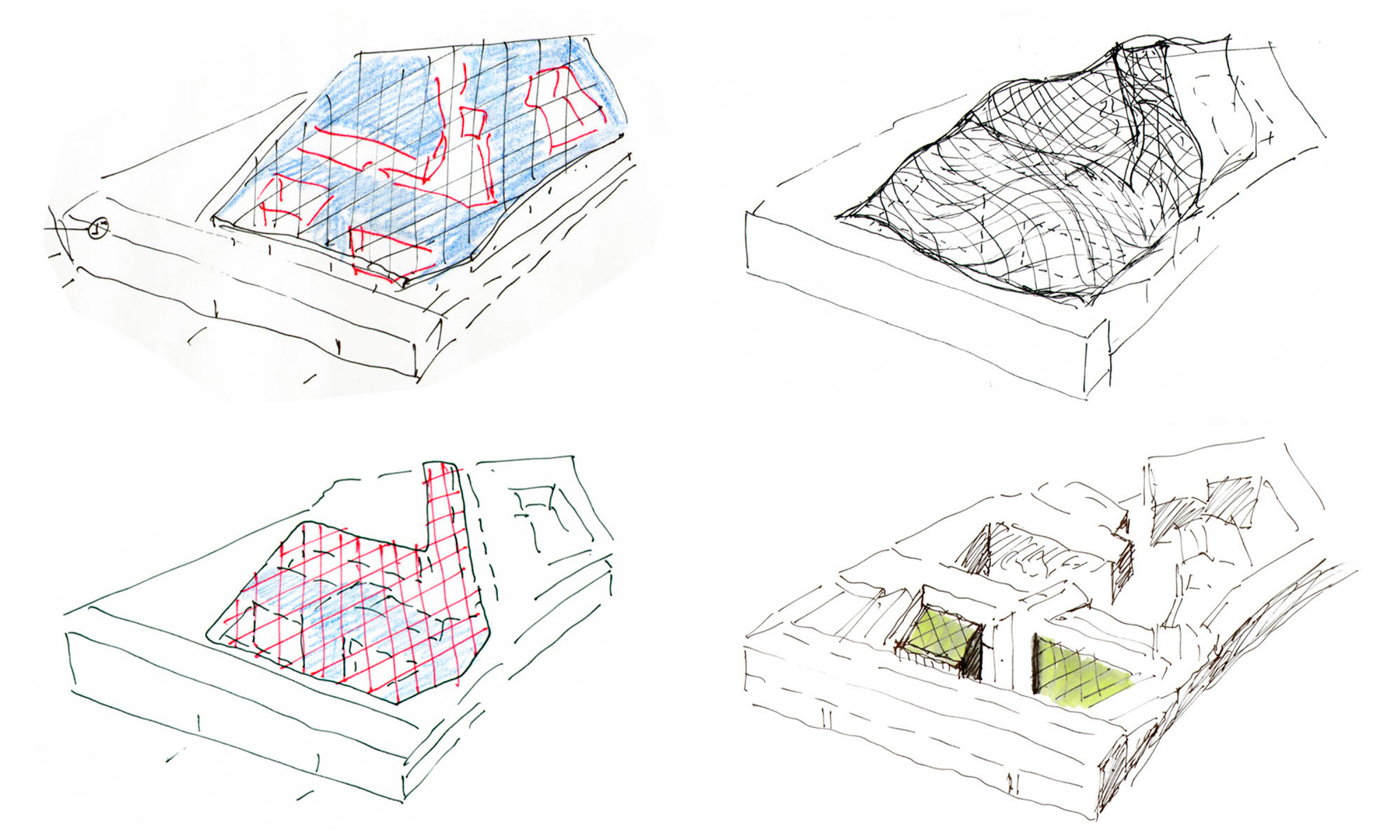 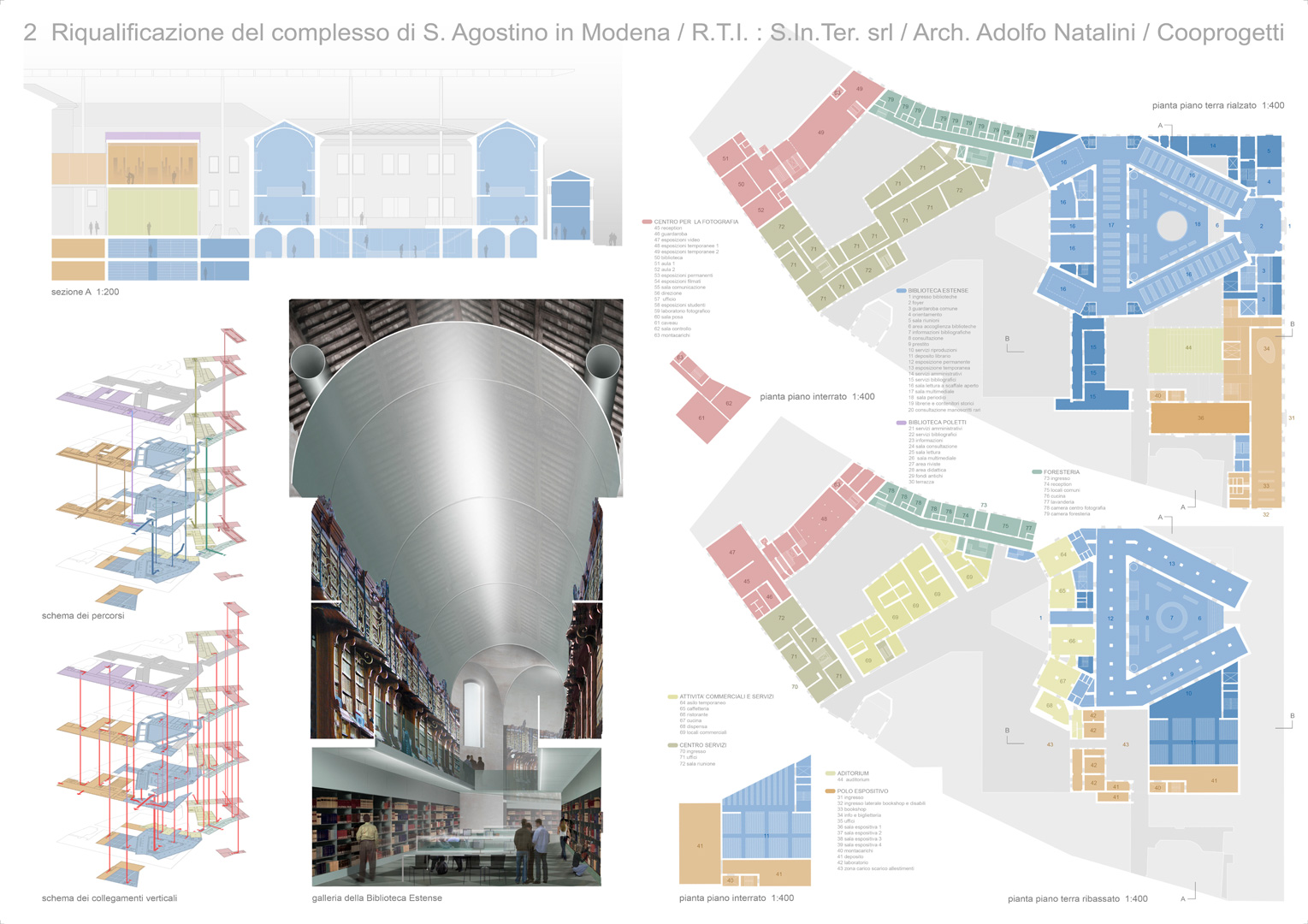 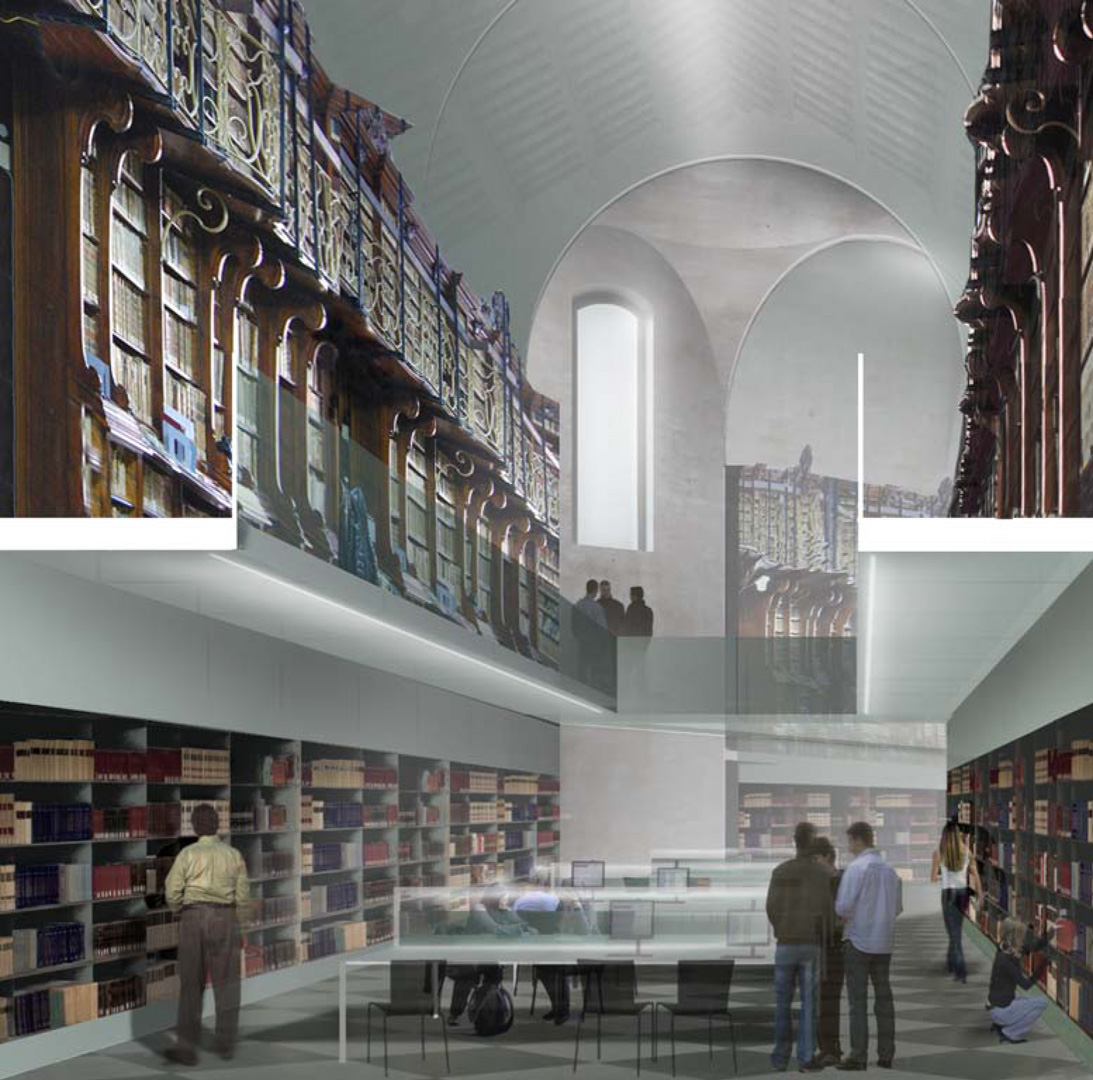 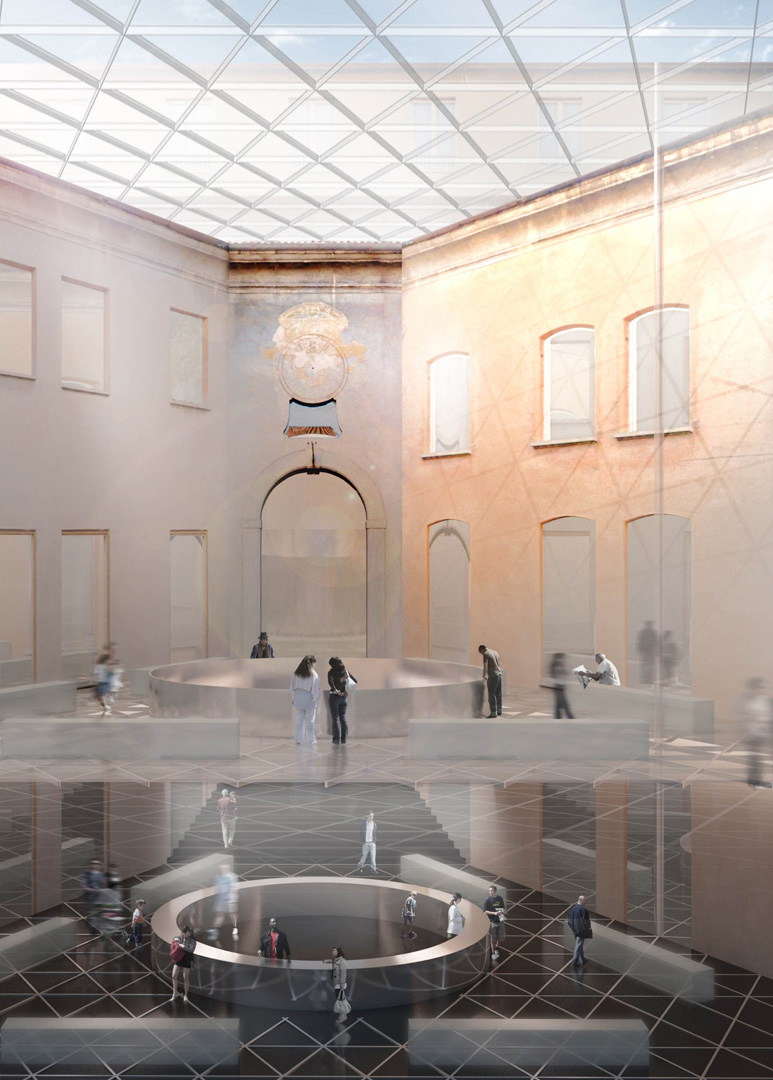 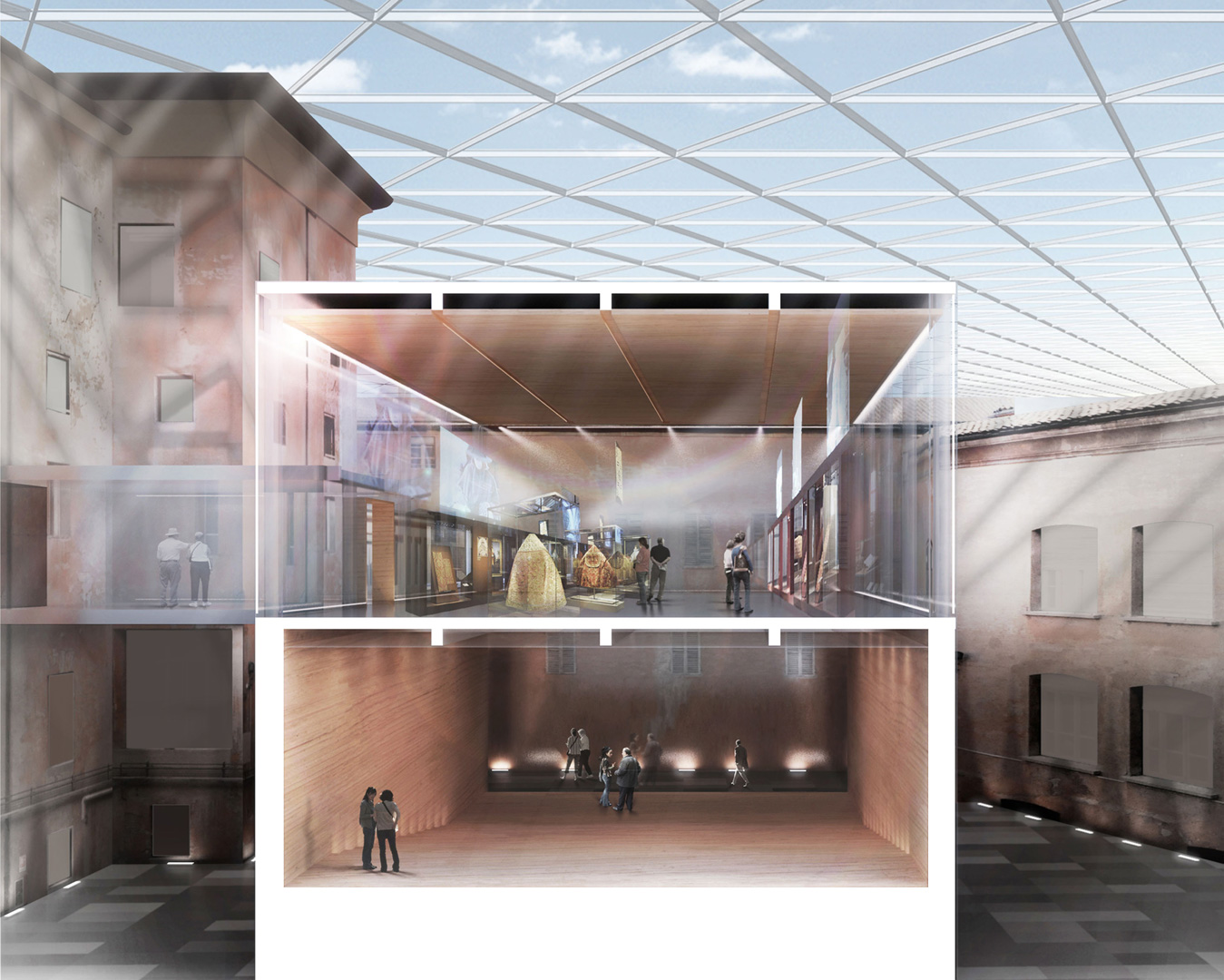 Redevelopment of the Sant’Agostino Complex

The various buildings in this complex discovered a new unity in this project through interconnected walking paths and internal courtyards that open onto the city itself. An expansive roof, partially opaque and partially transparent, covers the complex like a new sky. On the ground, a variety of functions were organized in spaces both historic and modern, all of which were given new life in courtyard areas and passageways. Development of the spaces in the complex resulted in both quantitative and qualitative enhancements.

The library and exhibition space are located in an historic building, accessible from Largo Sant’Agostino by means of the original doorways. The Estense Library and the Poletti Library share reception and lobby areas and then separate into separate venues: the Estense Library in the former hospital and, on the second  floor, the Poletti Library via Largo Sant’Agostino.

From hospital to hospitable, open to the city and ready to tell a story that begins in memories of the past and extends into hopes for the future.